Rent is not a tax. It is payment for the use of a location, determined by the higgling and haggling of the market, and it makes no difference to the land user whether he pays rent to the city fathers or to a private owner. 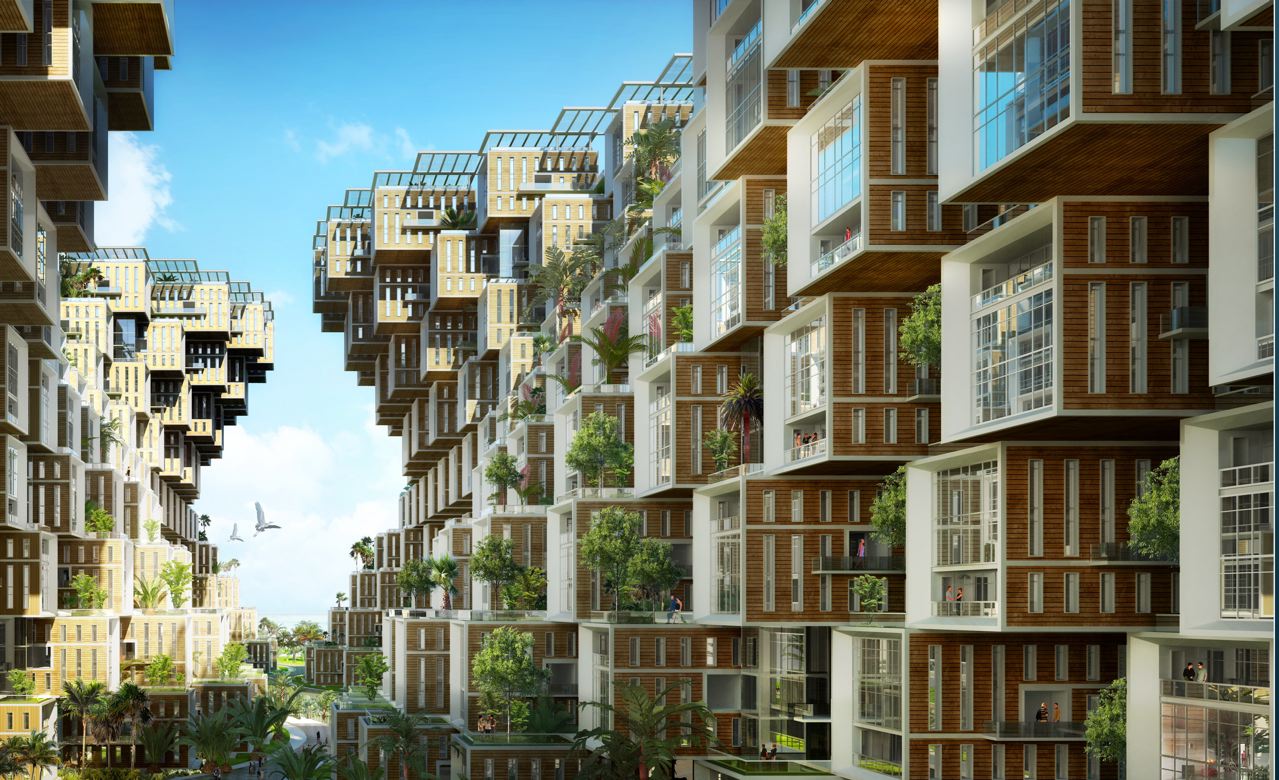 Vincent Callebaut’s Coral Reef Island‍
Imagine a man who works very hard and makes valuable contributions at his place of employment every day. At the end of each week, just as he’s about to get paid in recognition of the value he created on behalf of his employer, he refuses his paycheck and tells his employer that he has been, in fact, spending several hours at the end of each workday begging for money on the street. This, he says, is how he prefers to earn an income. As strange as we might consider this man’s behavior to be, he would be acting just like city governments all around the world today. City governments provide indispensable services to residents and commuters—the people who keep them employed— yet are inadequately compensated for their services, and in ways that are largely unrelated to the value they create through the services they provide.

Whenever a city offers better services, such as increased police protection or public transportation, the value of land in the areas that are positively affected by the presence of these additional services usually increases, often significantly.[68] Property owners are able to pocket the property-value gains caused by these added services, while cities struggle to find sufficient revenue sources to cover their mounting expenses. City governments tend to reclaim only small portions of the values that their services create for property owners; they usually attempt this by applying a property tax. While property taxes capture some of the value that city services provide—though only to a small extent—they also contain taxes on building values and therefore penalize both existing homeowners and commercial real-estate developers alike. A property tax, therefore, is a mixed bag. Land speculators, developers, and rentiers (those who live on income from property or investments), many of whom make money without providing goods or services of corresponding value, often wield considerable power in city halls and tend to oppose community land contributions, so cities have generally found it difficult to abolish the property tax in favor of pure community land contributions.

In a bid to bridge the gap between the property tax and land contributions, some forward-thinking cities in the United States and other parts of the world have already instituted a two-tier property tax, also known as a split-rate property tax: They first separate the value of a property’s improvements from the value of a property’s underlying land, then they apply one tax rate to the value of improvements and another to the value of the underlying land. Then, over time, they gradually decrease the tax rate on the value of improvements and increase the rate on the value of land. This process allows homeowners and commercial real-estate developers to experience a gradual transition toward a system in which they increasingly pay for the benefits they receive through their exclusive use of land. This transition creates healthier economic incentives for both homeowners and commercial real-estate developers over time.

MEDIA 12-1: HOW PENNSYLVANIA CITIES GOT THE TWO-RATE PROPERTY TAX
From Rick Rybeck and Walt Rybeck, published in Public Management Magazine, August 2012, vol. 94, no. 4.
http://unitism.co/splitratetax
The property tax is one of the closest approximations we have today to community land contributions. For this reason, property tax rates and home-affordability rates— which is to say, land-affordability rates—are inversely correlated: The lower the property tax, the more expensive, on average, the property.[69] When property owners pay lower property taxes, they end up paying less money to society for their use of land. The problem, however, is that since lower property taxes tend to increase the selling price of land, ironically property owners generally end up paying more money for land overall—not to society, but to other landowners and financial institutions that finance property ownership.

The havoc that lower property taxes wreak on society has been demonstrated clearly in the state of California: In 1978 California voters passed Proposition 13 by popular vote, which limited property taxes to only 1 percent of the total home value. Proposition 13 also artificially revalued the property tax base to what it was worth in 1975 and stipulated that the assessed, as opposed to the actual, property tax base couldn’t increase by more than 2 percent per year. Furthermore, Proposition 13 mandated that the property tax base wouldn’t be reassessed annually, but only upon new construction or change of property ownership. The overall intent of the legislation was to minimize the tax exposure of long-term homeowners by keeping property tax rates as well as assessed property values artificially low; in this regard, Proposition 13 succeeded all too well. Unfortunately, and as a predictable side effect, land prices in California have skyrocketed because land became a prime mechanism by which property owners—and financial institutions profiteering from mortgages—were able to deplete social wealth.

MEDIA 12-2: FREE RIDERS ON PUBLIC TRANSPORT
The construction of the Jubilee line illustrates how public efforts benefit property owners and what can be done about it. This is an excerpt from the documentary Real Estate 4 Ransom, which outlines how economics have been sculpted to allow such enormous leakages to flow into the pockets of a fortunate few.
http://unitism.co/freeridersvideo‍
Lobbyists for Proposition 13 promised California voters that California public schools, which at that time received much of their funding from property tax revenues, would benefit from the passing of the legislation. This, of course, turned out to be a false claim; soon after the passing of Proposition 13, California’s once-prized educational system not only lost a significant portion of its funding, but also decreased in quality to such an extent that today it measures near the bottom in the United States overall in terms of student performance. Schools, once largely self-reliant for funding, now increasingly depend upon financial assistance from the State of California (observe the phenomenon of trickle-down tax revenues mentioned in Chapter 10, Local Autonomy), while cities and counties throughout California are faced with significantly lower tax revenues resulting from property tax limitations. And because lower property taxes lead to higher land values, California property owners end up paying more money for land overall; this vicious cycle makes Proposition 13 even more unfair to California homeowners and taxpayers alike.

MEDIA 12-3: PROPOSITION 13’S IMPACT ON SCHOOLS
Is Proposition 13 to blame for California’s near-bottom per-pupil funding in the country? Gloria Penner and Joanne Faryon of San Diego’s KPBS discuss the impact that Proposition 13 has had on the funding of California’s school system.
http://unitism.co/prop13impact‍
There are a number of other reasons why land contributions are necessary to the vitality of every town, city, and metropolitan area. Urban sprawl, for example, is the symptom of a wasteful use of space—of land. But land is a precious commodity, particularly in desired locations. Therefore, it’s essential to give land users and real-estate developers proper economic incentives to encourage them to use land efficiently. Our current economic system allows people to own empty lots in valuable locations. Often, such lots appreciate more in value than what they cost in property taxes. The result is that property owners and real estate developers are aren’t incentivized to put land to good use—even as they prevent other people from using it at the same time! But when the use of every inch of land comes at an ongoing cost to land users, land users are forced to use land efficiently, which is why charging entities for land use has the potential to inhibit urban sprawl.

Many cities are currently experimenting with other methods to inhibit urban sprawl, such as urban-growth boundaries, also known as greenbelts. Urban-growth boundaries, however, cause urban land prices to skyrocket because land is made even scarcer than it already is. As developers are pressured into using up all available space for development, cities are likely to have taller buildings where less tall buildings would have been entirely sufficient, as well as even fewer open spaces such as parks and other amenities. This pressure can also cause development to jump over the greenbelt and create so-called satellite towns, which often operate more like commuter suburbs rather than independent communities. On the other hand, if we lived in a world where people paid their communities for their use of land, suburban sprawl wouldn’t exist because every inch of land would have an ongoing cost. We would live in a world where we would only have several large, sustainable cities surrounded by farms, with plenty of untouched green spaces in between.

Charging people a fair market rent for their use of land encourages the efficient organization of any town, city, and metropolis; at the same time, it keeps land prices in check relative to the wealth it generates for the area to which it is applied. Community land contributions lead to a more intensive use of land and encourage the greening of a city’s surroundings, as the existing population will tend to cluster closer together. Land contributions also have a tendency to encourage the restoration of blighted urban areas.[70] With more and more people living in cities, isn’t it important that we enhance the quality of life in urban areas? If we share the value of land, urban sprawl and poverty, with all their costly side effects and social drawbacks, no longer need to be automatic byproducts of urban areas. Ultimately, however, if we want to achieve true and lasting sustainability, all city land eventually has to be owned by the community. Private land use can then easily be accommodated through the implementation of tradable land-use rights; in this way, banks no longer make money off of land and people no longer have to clamor for land access.

MEDIA 12-4: MY GREEDY GENERATION
In this video, economist Mason Gaffney, professor of economics at the University of California, Riverside, talks about the major reason for urban sprawl and suburban dystopia. Can America turn around the social and economic problems that are now beyond the control of federal and state governments? Dr. Gaffney argues that effective solutions have to be underpinned by a radical reform of the tax system.
http://unitism.co/mygreedygen‍
Previous
Contents
Next 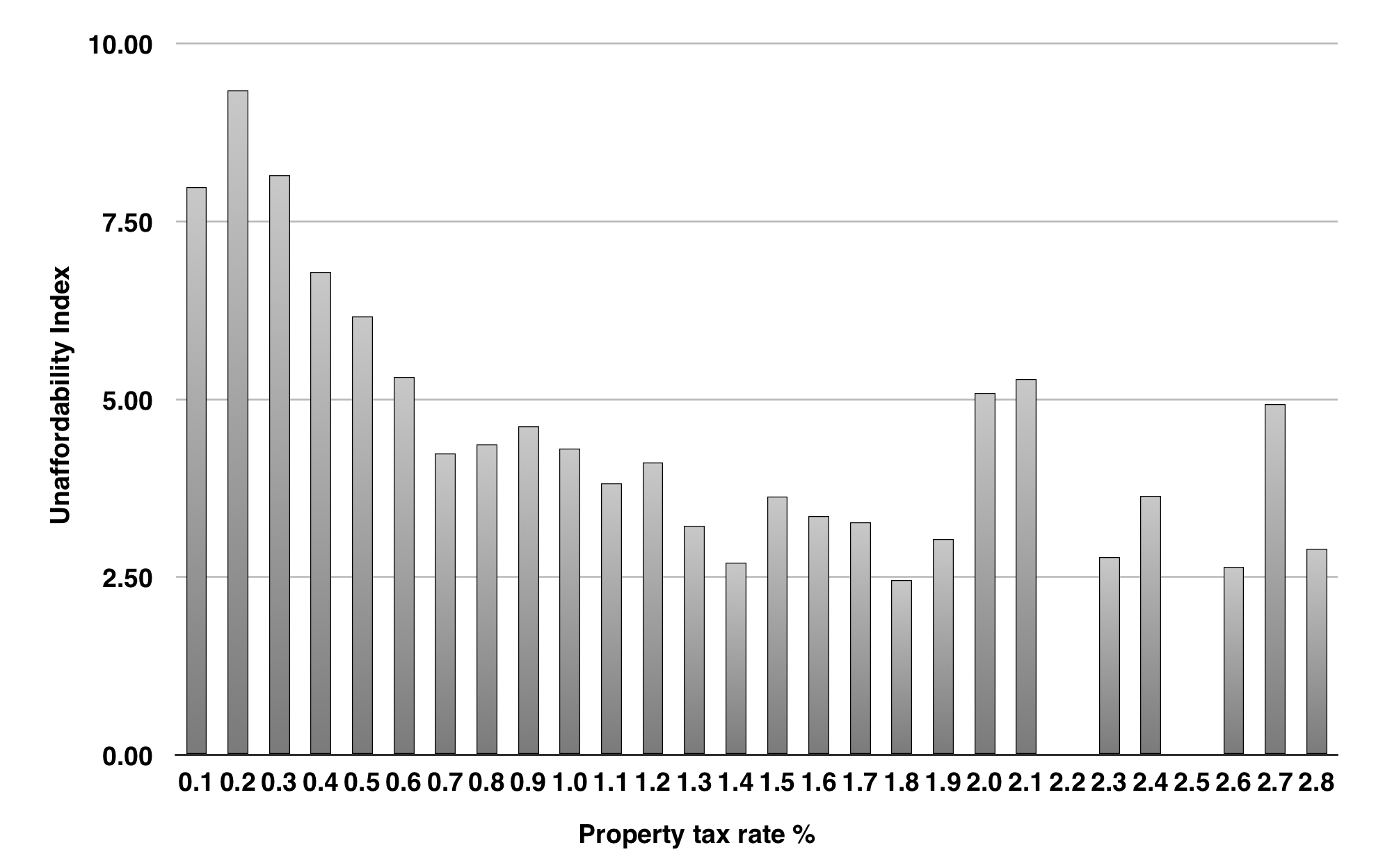