Each blade of grass has its spot on Earth whence it draws its life, its strength; and so is man rooted to the land from which he draws his faith together with his life. 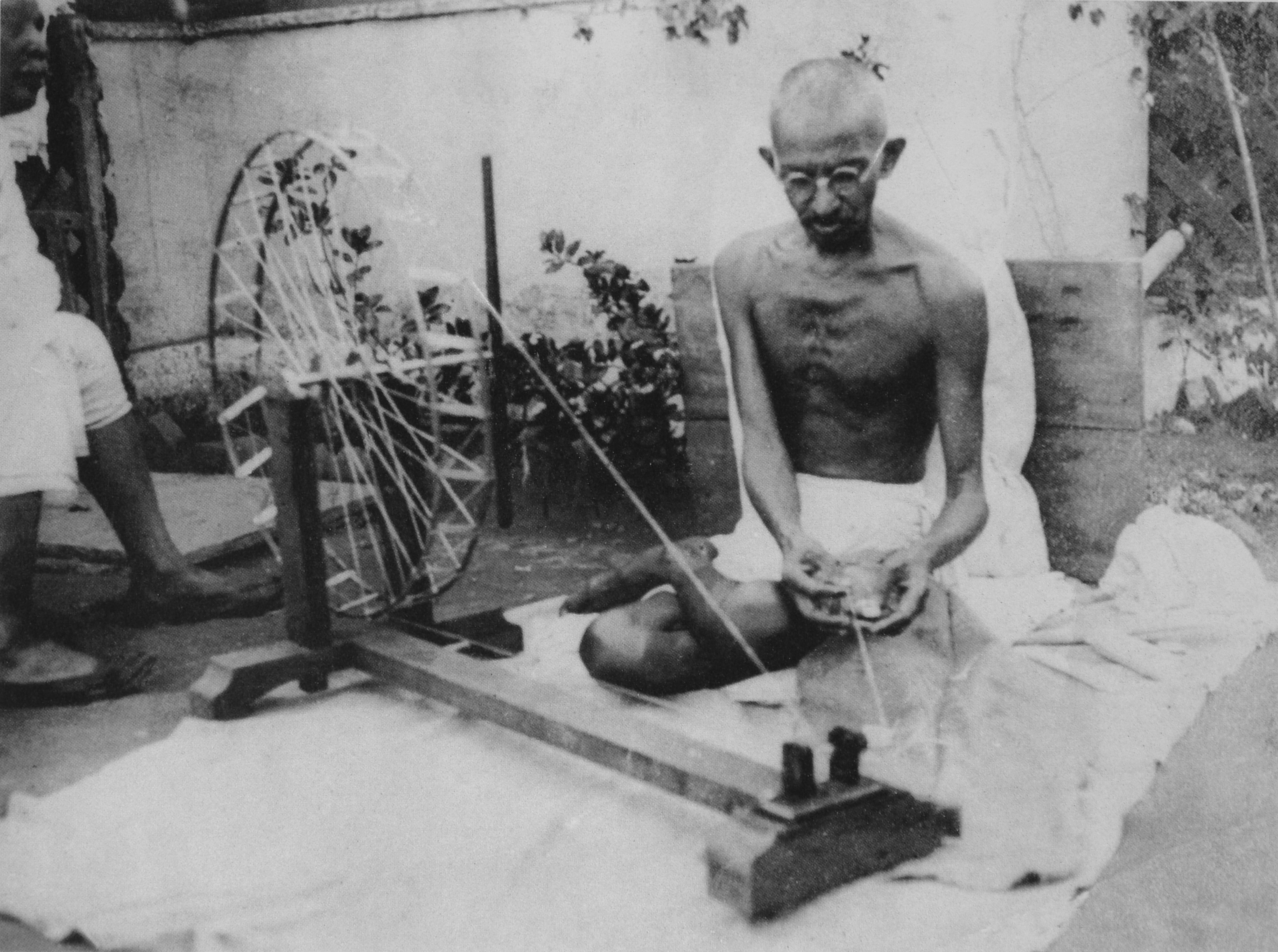 “I bear no enmity towards the English but I do towards their civilization,” said Mohandas K. Gandhi, known as Mahatma or Great Soul due to his indomitable will and selfless devotion to the people of India as he led them toward independence from British colonial rule. Although he referred to the English civilization in this statement, Gandhi was criticizing the social structures and institutions of so-called dominator civilizations in general. Dominator civilizations are characterized by people who don’t recognize that their own well-being depends upon the well-being of the communities in which they live. As a result of their sense of alienation, people within those civilizations seek to control and dominate others, usually through social structures that wield power from top to bottom. Gandhi believed that as long as the autonomy and freedom of each member of society is restricted, institutionalized violence will invariably pervade society. He advocated the principle of self-rule, or swaraj, as an effective antidote to the globalized powers that often serve the limited self-interests of private individuals, corporations, and governments.

Swaraj, according to Gandhi, is an acknowledgment of each human being’s innate autonomy; it emphasizes individual self-reliance in both private and public affairs as an essential prerequisite to the experience of social unity and harmony on a larger scale. Swaraj challenges the belief that society can only be effectively managed from the top down, instead of on a local level from the ground up. The vision of swaraj is one in which local communities are effectively self-governing entities, yet also connected in their relationships to other sovereign communities around them. The principle of swaraj has been expressed in many shapes and forms throughout history. Just as it’s intuited by modern political commentators in their calls for small government, it’s also implicitly recognized by local grassroots advocacy groups and community-building endeavors.

But society today appears to be headed in the opposite direction. The lack of affordable access to land forces some of us to perform work that doesn’t necessarily contribute to our local community and that has little to do with our unique abilities, interests, and desires to make a difference in the world; meanwhile, opportunities for self-employment and the honing of traditional crafts uniquely suited to our individual temperaments seem to diminish over time. Why are we witnessing this monumental shift in human development toward an ever-increasing centralization of power and top-down decision making? Is it just because our world has become increasingly interconnected through infrastructure and technology, or is there perhaps another, deeper reason?

We’ve observed that public revenue systems create behavioral incentives that directly influence individual as well as collective human destinies. Unfortunately, in most nations, tax revenues on production and consumption activities collected at the local level are often funneled straight to the national level, and from the national level they’re then slowly redistributed back down to the local level. Income and payroll taxes, for example, are usually collected by the national government, but then only slowly find their way back into the local economy. This trickle-down approach encourages the centralization of power in two ways.

First, because tax revenues are not retained at the local level before they’re redirected up toward the state and the national levels, wealth and power become concentrated in the hands of a few key decision makers. People in these positions of power are often able to divert great amounts of wealth for purposes of self-interest or the benefit of lobbying efforts, rather than for the benefit of the communities that created the wealth originally.

Second, if and when tax revenues find their way back down to the local level, they do so at only a fraction of the wealth originally siphoned off and usually come with strings attached. This practice not only creates unhealthy dependencies between local communities and higher levels of government, which are contrary to the democratic spirit, but also forces local communities to struggle for access to much-needed wealth that was theirs to begin with.

Just as Gandhi recognized that a top-down approach is generally detrimental to individuals, we too are wise to recognize that societies can only flourish over time as long as human beings remain empowered on a local level. To move forward, then, we need to consider the wisdom of swaraj—the wisdom of self-rule and local autonomy: We’ll only be fully empowered on a local level if our money flows up instead of down. Locally generated wealth has to first be retained on the local level before it is passed up toward a city, state, national, and then an international level. Community land contributions have the potential to achieve this bottom-up approach. Since all wealth comes from nature, revenues from community land contributions can become the primary mechanism by which to retain wealth on a local level in a most efficient, empowered, and effective way.[59]

Land-use rights (see Chapter 8, Restoring Communities) are an effective way for wealth to be retained at a local level, since communities receive a perpetual income from properties tied to land-use rights. This model is markedly different from our current reality, where every time a property is sold, financial institutions provide financing to buyers who have to pay higher prices as land becomes more expensive over time. Through this process, community wealth is privatized and siphoned off by the financial sector and by property owners. Land-use rights, on the other hand, would counteract this tendency because land-use rights drastically lower the selling price of land; buyers would require little outside financing, if any, to purchase properties tied to land-use rights.
Previous
Contents
Next