We abuse land because we regard it as a commodity belonging to us. When we see land as a community to which we belong, we may begin to use it with love and respect. 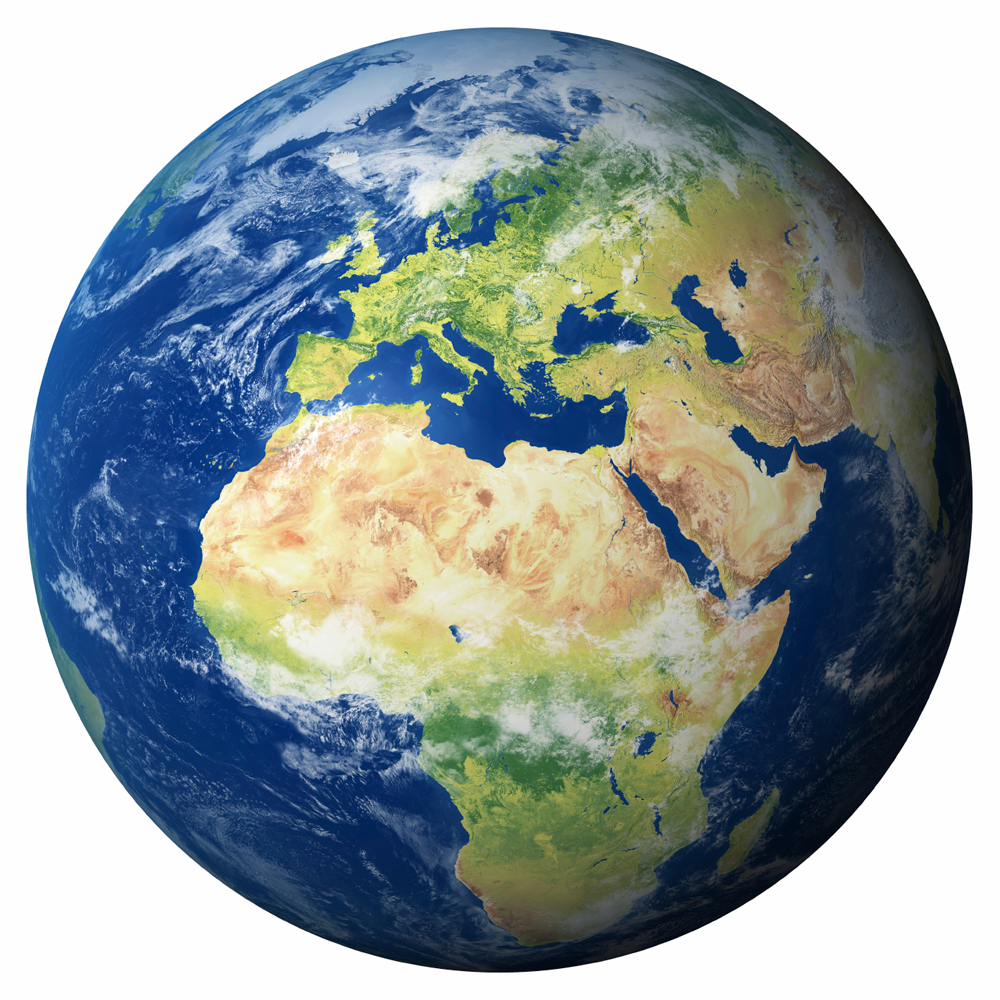 The Earth sustains all life. Whether we believe life originated through evolution, intelligent design, or divine creation doesn’t change the reality that the Earth continues to sustain us today. It’s a fact that anyone, regardless of nationality, worldview, or religion, can agree on. But humanity is a fractured species at heart; we’ve separated ourselves from nature, and then further subdivided one another by gender, nationality, race, religion, ethnicity, sexual orientation, social status, economic class, and so forth. In doing so, we too often forget that every human being is an integral part of this beautiful blue marble floating through time and space. We believe that the Earth belongs to us, but we seem to forget that, in truth, we belong to the Earth. At its root, our economic crisis is a crises in consciousness because we see ourselves as separate from our environment, when, in reality, we’re inextricably connected to all that is.[29] As a result, we’ve deluded ourselves into thinking that land should be owned and then profited from by some at the expense of others.

The preceding chapters have given us glimpses of what happens—and how—when we fail to share the surplus of nature and society with one another. And while we as human beings disagree on almost everything under the stars, the recognition that this Earth—and all the land upon it—is our common home ought to be foundation upon which all our perspectives and philosophies come to rest. We need to make this recognition the starting and ending point of any discussion of an economic model that’s both efficient and just. Anything other than unconditional acceptance and an implementation of this truth is but a compromise and a muddling of an otherwise clear and universal principle: No single human being has an intrinsic right to profit from that which, ultimately, cannot belong to anyone at all.

Land has been privatized nearly everywhere; this privatization is endemic to the entire system. We don’t consider the impact that our individual actions have upon the totality of life as we seek to grab as big a share of land as we can. Maybe a part of us knows, deep down, that our destructive economic system doesn’t provide abundantly for those of us who don’t profit from land in some shape or another, or maybe our desires just seem to keep growing in lockstep with our appropriation of material wealth. Either way, at the root of our motivation to take and own lies a gnawing fear—a fear of losing out and of not having enough. 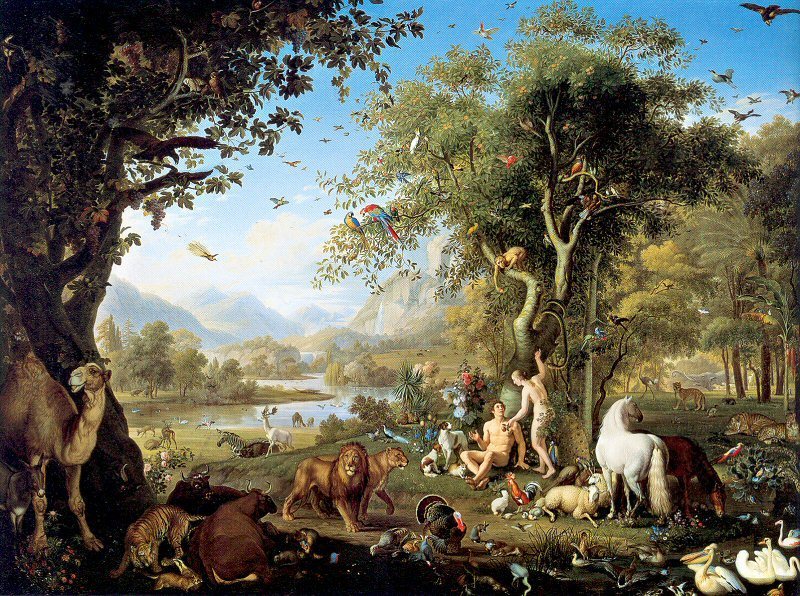 ‍“Adam and Eve in the Garden of Eden”, by Wenzel Peter
‍The scriptures of all major religions advise against hoarding land for these very reasons. The Judeo-Christian tradition, for example, is unmistakably clear that nature is a gift (Genesis 9:1–3, among other passages). It even prohibits permanent land ownership and provides land-leasing guidance (Leviticus 25), while expressly stating that “the profit of the land is for all” (Ecclesiastes 5:9).[30] Ancient Hindu sages stated that “the soil is the common property of all” and that people shall “through their own efforts, enjoy the fruits thereof.”[31] In Islam, the prophet Muhammad expressed it quite succinctly when he stated that “the people are partners in three things: water, pastures, and fire” (Sultaniyya Hadith 26), which could be interpreted as “water, land, and energy.” And while the Buddha didn’t explicitly address the land issue, he taught that the practice of right livelihood was essential on the path of enlightenment. Since it’s almost universally understood in Buddhism that stealing is contrary to the spirit of right livelihood, we have to assume that the profiting from land is therefore also contrary to the Buddhist spiritual path. A similar principle exists for practitioners of the yogic traditions: The third yama of Patanjali’s Yoga Sutras is asteya, or non-stealing. And most indigenous cultures on Earth treat nature as gift, not property; although many Native American tribes and First Nations people have sporadically fought one another over certain territory, the battles were about the right of use of land—never ownership, which is a concept foreign to most indigenous cultures.[32]

It’s time to recognize that all beings have a sustainable right of access to nature’s abundance. It’s a fundamental birthright. Indeed, the equal and sustainable right of access to the Earth’s bounty seems one of the most transcendent truths a human being can ever contemplate. But this fundamental right is missing from the United Nations Universal Declaration of Human Rights, despite the declaration’s first article stating, “All human beings are born free and equal in dignity and rights.” The fact that this single principle is violated on an ongoing basis is quite possibly the root cause of many, if not most, other human rights violations.[33]

Even though a five-year-old might recognize the importance of sharing nature’s abundance, many economists today continue to deny that nature has to be shared. Some economists mistakenly attempt to apply supposedly free market principles to the privatization of nature. For example, libertarian economist Murray Rothbard made several basic thought mistakes when he wrote:
Well, what about idle land? Should the sight of it alarm us? On the contrary, we should thank our stars for one of the greatest facts of nature: that labor is scarce relative to land. It is a fact that there is more land available in the world, even quite useful land, than there is labor to keep it employed. This is a cause for rejoicing, not lament. 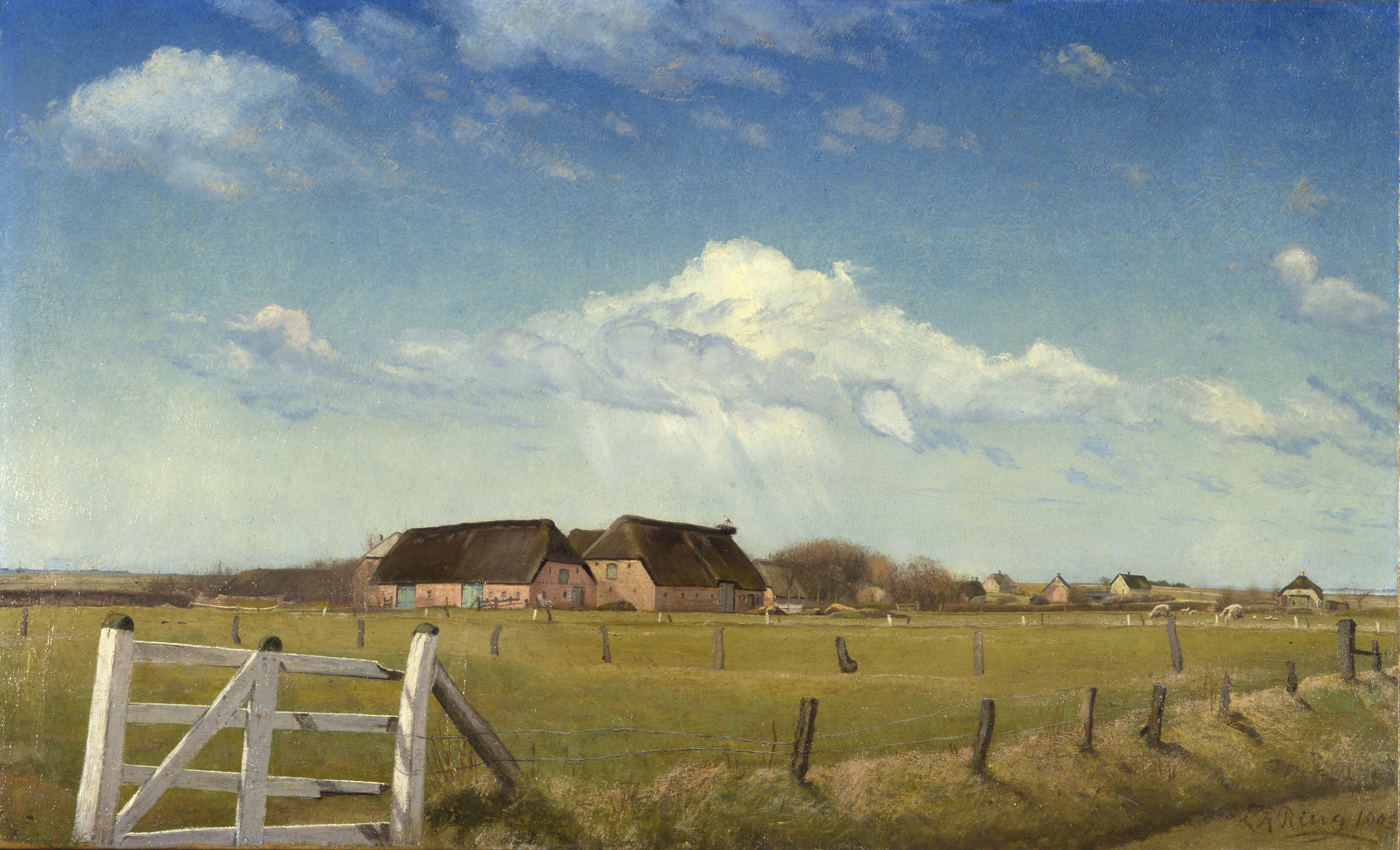 ‍“Fenced-in Pastures by a Farm with a Stork’s Nest on the Roof”, by Laurits Andersen Ring, 1903
A simple analysis of the above paragraph reveals that even a distinguished economist such as Rothbard can make thought mistakes of fundamental proportions. In this case, he fails to distinguish land in undesired locations from land in desired locations. If land indeed is freely available as he claims it is, why then does it have a cost that varies from location to location? Labor isn’t scarce relative to land in desirable locations—far from it: Land is exceptionally scarce in desirable locations, which is why land in a city costs a lot more than land in the countryside. Land in most locations isn’t freely available; otherwise, it could be had for free. Instead, it’s owned—regardless of whether it’s used or not—and thus made scarce.[34]

Sometimes, common sense can be missing when we look at a subject and fail to recognize problems that are self-evident. If advanced education lacks common sense, it doesn’t make us immune to thought mistakes at a foundational level; some trained economists don’t seem to think that the gifts of nature ought to be equitably shared for the benefit of all. Career pressures might also play a role: Upton Sinclair, one of America’s most prolific writers, famously said, “It is difficult to convince a man of something when his salary depends on his not understanding it.” Yet considering the influence that many economists have in today’s public discourse, they can’t afford to uphold the failed economic policies of old much longer. As stewards of the knowledge that has the power to free humanity from the shackles of poverty and self-destruction, their duty is to rise above partisanship and devote themselves to the well-being of the general public and, therefore, to the preservation of our shared natural, cultural, and economic legacy.
Previous
Contents
Next