Our civilization is constitutionally incapable of reversing the annihilation of natural capital, or even slowing it down. Get used to that. When we really understand that, the project of reconceiving civilization itself will gain powerful impetus.

—Charles Eisenstein, author of The Ascent of Humanity‍ 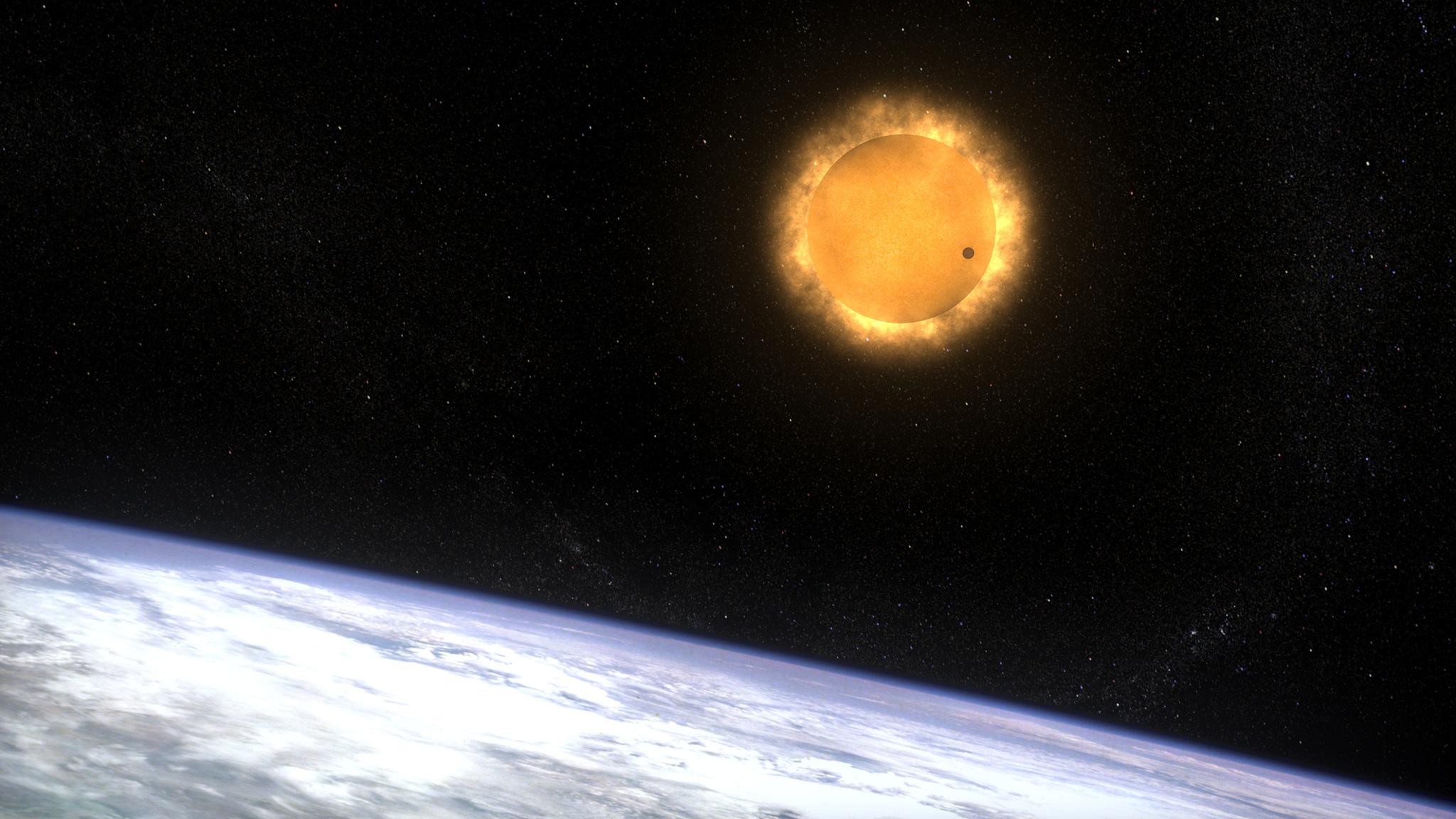 “Venus Transit” Photo credit: NASA‍
When Oren Lyons, a Native American spokesman and faith keeper, attended the World Economic Forum in Davos, Switzerland, he challenged the assembled politicians and leaders of Fortune 100 companies—they were all men—to realize that their companies were destroying the Earth. One person in the audience, a CEO of a large company, responded that he was unable to reverse course since his company had to show a profit. If his company didn’t show a profit, he said, he would be fired. “To whom must you show a profit?” Lyons asked. “To you, the stockholder,” the man responded. “Are you married?” Lyons asked the CEO. “Yes, I am,” he responded. “Do you have any grandchildren?” “Yes, I do; I have two boys.” Then Lyons asked a key question: “When do you cease to be a CEO and start to become a grandfather?” Later, Lyons recalled, “There was a lot of silence there because that was a moral question. And if you don’t have a moral question in your governing process, you don’t have a process that’s going to survive. That’s the governing law. You must have a moral society, or you won’t have any.”[81]
Our industrialized culture is obsessed with economic growth: Investors, shareholders, CEOs, and politicians seek economic growth because our economic system demands it. But is economic growth what we really want? Once people reach a certain level of economic security, they generally tend to focus more on establishing meaningful relationships and activities that give them a sense of joy and fulfillment. Wouldn’t we be wise to ask ourselves whether perpetual economic growth will truly enable us to fulfill our innermost desires? The answer to this question quickly becomes self-evident once we realize that economic growth in our current system simply perpetuates the very scarcity we seek to eradicate with more economic growth—the scarcity that prevents us from fulfilling our true desires in the first place.

Other efforts at resolving our social problems are also failing. For example, limiting population growth on its own cannot resolve today’s social problems, since overpopulation is not the root cause of our social imbalance. A larger population that harmonizes with nature can live in greater balance with nature than a small population that consumes wastefully and destroys nature in the process.[82] But even so, with the human lifestyle the way it is, population growth remains a huge concern: It will eventually destroy our planet’s fragile ecology if left unchecked.[83]

In our exploration, we’ve looked at some of the consequences that occur when we extract resources from local communities, and we’ve come across an entirely new paradigm that allows for a greater unfolding of human potential. Now, as we bring our journey to a close, we’ll identify the process that has to occur in order for us to realize this new paradigm here on Earth.

The path to implementing this new paradigm is likely to be an arduous one, for change seldom comes easily. We human beings often tend to resist change, particularly if such change involves uncertainty. Yet change is what we’re called upon to embrace, for as we each come in contact with this new paradigm and realize its potential to improve the quality of life for all human beings, we may come to realize that we hold in our hands an immensely powerful message of hope. Far from being a vague and impractical theory, we finally have a set of guidelines that harmoniously integrate our highest ideals and visions into a tangible and practical way of life—one that any community, town, city, state, or nation can freely live by.

The process of realizing this paradigm begins with awareness. When we each become sufficiently aware and realize how we affect one another, we begin to live in alignment with a worldview that is rooted in a deep connection to the living web of life around us. Awareness is followed by education: The more of us who understand how communities benefit whenever community-generated land values are shared with those that have created them, the more likely we will be able to successfully advocate for the implementation of this paradigm on a larger scale.[84]

Let’s always remember that we each give birth to this new awareness. This paradigm requires a fundamental shift from seeing the individual self as a separate entity, cut off from the totality of life, toward recognition of the interdependency of all living things. When we sincerely ask, “What serves the highest good of all?” we evolve from resembling cancer cells, which multiply without regard for the rest of the body, to healthy cells in the body of life, aware of our interconnectedness. Anyone with a heart and mind that genuinely seeks out the common good can align themselves with a higher integrity in this way.

Our current economic and social structures are expressions of past choices made by individual human beings of diverse spans of consciousness. And because our consciousness tends to influence our surroundings as well as be influenced by it, our task is to transform not only ourselves but also the social structures that don’t reflect our interdependency into functional and effective social structures that do. In this way, the realization of our interconnectedness can positively and increasingly affect everyone in society over time. But let’s remember that it’s up to each of us to do the necessary inner work first so that we can spread our new consciousness into our surroundings and mold our systems in new ways that remind us of our interconnectedness.

Education, our next step, is the process by which we raise awareness of this new paradigm, both within ourselves as well as in others. Because most of us treat land as property and don’t recognize it as a gift to be shared, we usually don’t think twice when real estate is bought and sold for a profit. We have to help homeowners realize that they have a right to profit from the financial value of their house, but not to the financial value of the land upon which that house exists.[85] However, unless offered attractive incentives, people are often resistant to change, and we’d be wise to include change incentives such as land-use rights as part of the education component. People are also more likely to embrace community land contributions once they realize that personal and corporate income, sales, and capital gains taxes aren’t required in this new economic paradigm. Our task is to embed these change incentives into the public’s awareness, for example through outreach programs. The ultimate aim of education is to help everyone recognize that it’s truly in everyone’s best interest to share the gifts of nature.

Legislative advocacy, the final step, can only succeed once a sufficient number of people have become aware of their interconnectedness as well as of this new paradigm. Once enough of us are aware, this paradigm stands a much better chance of being implemented on a legislative and political level.

But let’s keep in mind that in order to create a world that works for all, we are first called upon to remember who we are as human beings, forever tied to the greater web of life. By undergoing this shift, we are changing the story of who we are in relationship to the planet we are living on and the beings we are living with. The more we live in alignment with this new awareness, the more we experience greater depth and purpose in our own lives and in our connections with others. The moment we open up, even briefly, to a genuine sense of this interconnectedness, we open up to an experience that’s nothing short of wonder—a heartfelt sense of belonging and a knowledge that we’re all in this together. Let’s act from this place of remembrance so that we may positively affect our own well-being, the fate of our civilization, and the prosperity of generations to come.
Previous
Contents
Next