“With great clarity and care, this book takes economics to its proper foundation: the earth itself, the land and all that comes from it.”
—Charles Eisenstein
‍Sacred Economics, The Ascent of Humanity
“A brilliant contribution
from one of the most important voices of our time.”
—Thom Hartmann
NY Times Bestselling Author
“If you want to truly understand the way out of our present economic challenges, read this book.”
—Peter Barnes
With Liberty and Dividends for All
“Land is a modern breakthrough that deserves to be on the reading list of anyone who cares about the ways that together we can create a sustainable future on our planet.”
—Judah Freed
Making Global Sense
“Martin has the knowledge to change the world we live in. His book is a must read.”
—Ted Gwartney
Real-Estate Assessor
“Clear, powerful, and informative.”
—Brad Bunnin
Publishing Consultant 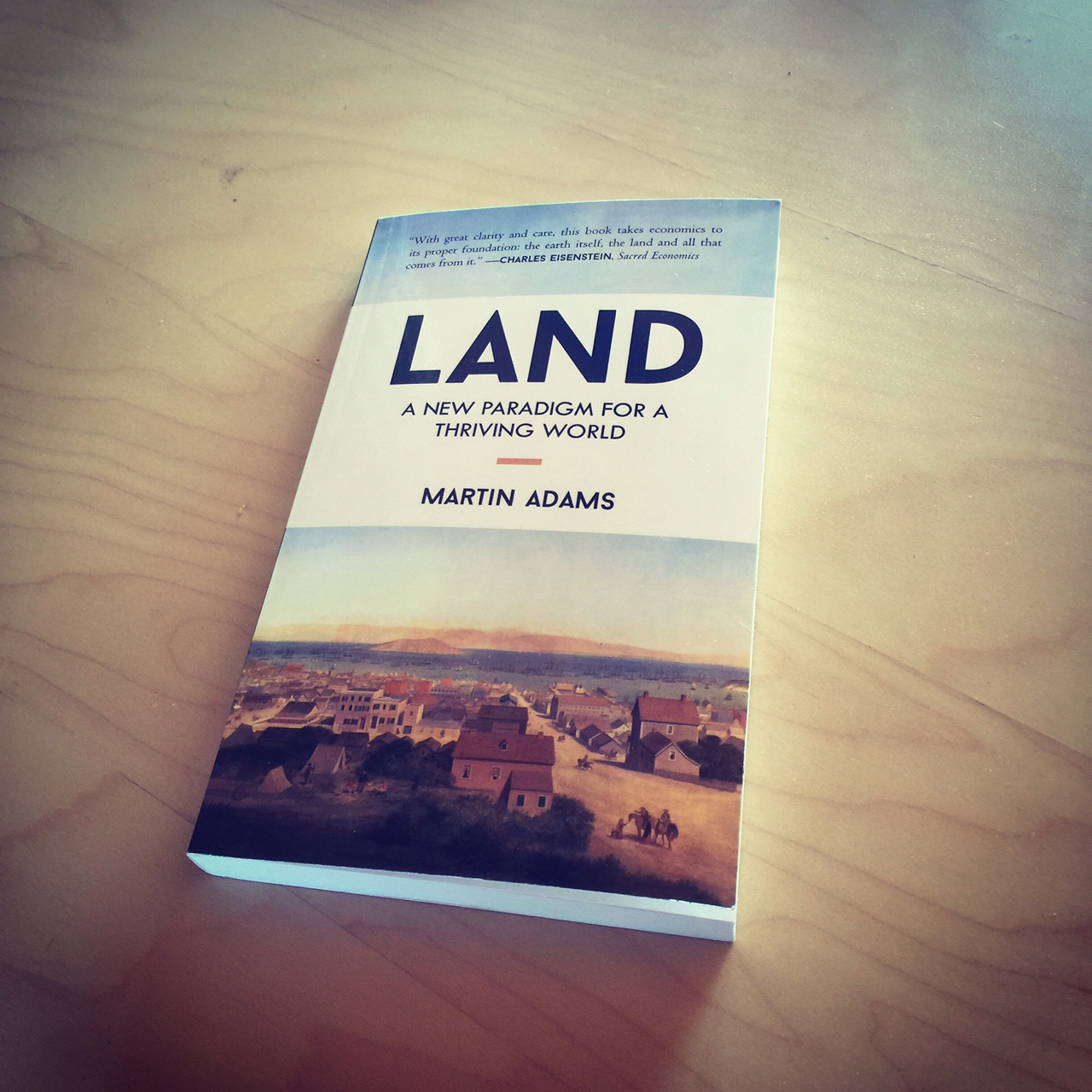 What if we lived in a world where everyone had enough? A world where everyone mattered and where people lived in harmony with nature? What if the solution to our economic, social, and ecological problems was right underneath our feet? Land has been sought after throughout history. Even today, people struggle to get onto the property ladder; most view real estate as an important way to build wealth. Yet, as readers of this book will discover, the institution of land ownership—and our urge to make money from land—causes economic booms and busts, social and cultural decline, and environmental devastation. Land: A New Paradigm for a Thriving World introduces a radically new economic model that promises a sustainable and abundant world for all. This book is for those who dream of a better world for themselves and for future generations.

I wrote Land as a gift. Published by the wonderful people at North Atlantic Books.

Here’s to a beautiful world, 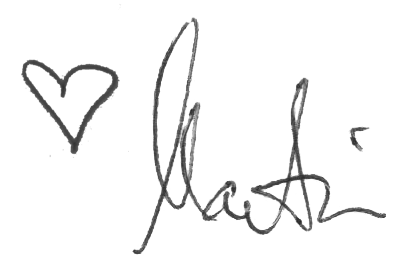 Signed copies are currently not available. To order your copy, please select one of the following options: 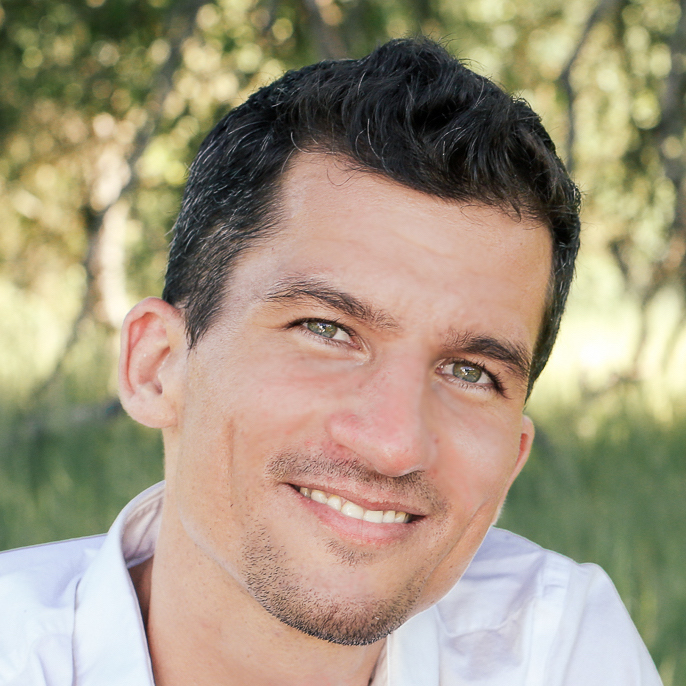 MARTIN ADAMS is a systems thinker and author. As a child, it pained him to see most people struggling while a few were living in opulence. This inspired in him a lifelong quest to co-create a fair and sustainable world in collaboration with others. As a graduate of a business school with ties to Wall Street, he opted not to pursue a career on Wall Street and chose instead to dedicate his life to community enrichment. Through his social enterprise work, he saw firsthand the extent to which the current economic system causes human and ecological strife. Consequently, Martin devoted himself to the development of a new economic paradigm that might allow humanity to thrive in harmony with nature. His book Land: A New Paradigm for a Thriving World is the fruit of his years of research into a part of this economic model; its message stands to educate policymakers and changemakers worldwide.
You can also follow Martin via social media:
“I’ve worked with Martin Adams for several years and have come to appreciate his service orientation and dedication to quality. I’ve met few people with higher standards or as high integrity as Martin. His new book, and his life, emerge from his spirit and insight—he’s a gift to our world.”
—Dan Millman, bestselling author of Way of the Peaceful Warrior
“Martin is a deeply introspective thinker. His work ethic, as well as his passion for learning and excelling in new areas, is at a level most of us only dream about. Beyond his very compassionate nature for all things on this planet, he also works tirelessly to inform others on ways humanity might create a brighter and healthier place for us all to live. Martin is a rare man that not only talks the talk, but truly is walking a higher path on all levels, especially in the areas of work, trust, integrity, and heartfelt honesty.”
— Garry Alesio, life coach

Many of us already sense that our current economic system creates inequality and also engenders the ecological destruction of our planet. What we don’t seem to understand is why: For example, why does it lead to financial insecurity for many, even for those who, by all accounts, shouldn’t have to worry about money? And why exactly are we destroying our planet in our frantic conversion of nature into digits and little bits of paper we call money?

One of the main reasons our current economic system doesn’t work for everyone is because the revenue flow from the commons—which include all gifts of nature—has been privatized. For example, when an oil company makes money, it not only charges money for its effort and for the machinery it uses to extract oil from the ground, it also makes money from the value of the oil itself. The same can be said of the money that people make through their private ownership of land—and what banks make through their financing of private landownership via the mortgage. This privatization of the revenue flow from nature is one of the root causes of economic recessions, ecological destruction, as well as social and cultural decline.

All of nature is community wealth, including—and especially—land. People give value to land through the goods and services they provide to their communities. For example, because people offer more goods and services in the city than in the countryside, urban land tends to be much more expensive than rural land. As communities become more attractive to live in, some property owners—but mostly the financial institutions that finance them—then extract this value by making money from real estate (buildings, like cars, decrease in value over time, but land increases in value the more prosperous a community becomes), and this extraction is one of the root causes of wealth inequality, ecological destruction, and even economic recessions.

Land—even undeveloped land—costs a lot of money in our society. Why is that? It’s because land has an intrinsic value to human beings: We all need land. And because we all need land, those that own land can make money by buying and selling land at the expense of other people who have to pay money to live on it. Under our current land ownership model, property owners only pay other property owners for land as well as the banks that finance property ownership.

While land can certainly be privately used, its value is created by the community and therefore belongs to the community. Land has to be owned in common, and whenever people use land, they need to reimburse their local communities for their exclusive use of it. They can do this by making community land contributions for the land they use. A land contribution approximates the market rental value of land, and the rental value of land is a measuring stick that reveals the financial value of the benefits that land users receive from their exclusive use of land. In most nations around the world, the value of land has already been privatized: If communities were to suddenly impose land contributions upon existing property owners, property owners would end up having to pay twice for their ownership of land—first to the previous landowner (from whom they bought land), and a second time to their local communities.

In order to transition from a land ownership model to a land stewardship model, therefore, local governments and community land trusts would either have to financially compensate existing property owners for the land value portion of the properties in question or offer a transition plan that would allow new property owners to acquire exclusive use of the land without obtaining ownership of the land itself. Land users would then be required to share the value of land with all members of their community through community land contributions. And finally, these contributions would then have to be redistributed to all community members in the form of a Universal Basic Income to prevent gentrification, reduce wealth inequality, and create a truly fair economy for all participants.

Read the blog to learn more.
Enter your contact information below to keep in touch.
I always respect your privacy.
© Copyright Martin Adams under a Creative Commons copyright
Website design by Conscious Apps Inc.